Forced Retraction of My Son: I Said NO! 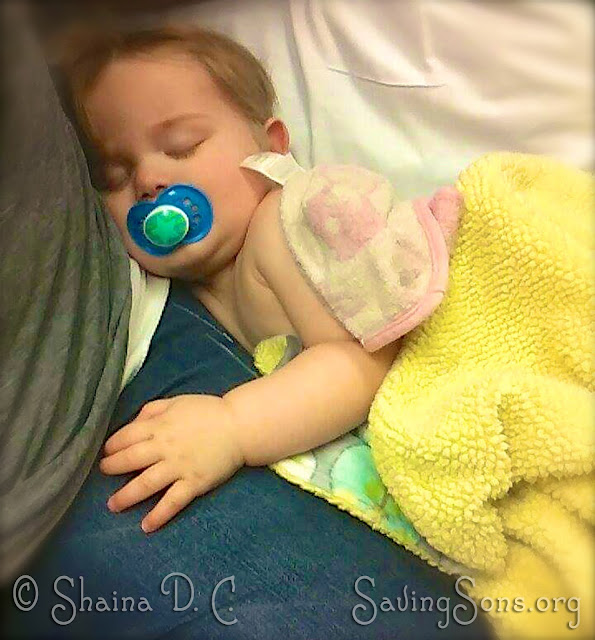 To the health care "professionals" who forcibly retracted my 9 month olds foreskin: I said no.

I told you I did NOT want you to do that to my son.

I asked for an alternative way to collect a urine sample. I did not consent.

Yet you did it not just once, but twice. After you failed the first time, you sent in a man to do it. After he demanded, I let him, and he told me that my son should have been circumcised because now he is susceptible to getting UTIs.

You said I should be retracting his foreskin often to clean it. You lied to me and said, "When I was young it was mandatory." You are a paramedic. You are approximately 10 years older than me. Yet it seems that you know absoluetly nothing about the normal intact penis and foreskin.

I asked if you were circumcised. You said yes, of course.  I wasn't even surprised. You told me it wouldn't hurt my son. You said, "It's just a little bit."

You lied to me.

I sat there crying while my son screamed in pain, while you ripped his foreskin back, in order to shove a catheter inside him.

Even though I said no. More than once.

You laid on top if my son to prevent him from kicking and flailing from the pain. Did you even wear gloves while you assaulted my son? It was all for nothing... The urine analysis came back perfect. No issues at all.

You lied when you said it would not hurt. Six days later, and my son's penis is still red and inflamed.

He still smacks my hand away if I try to touch it to inspect it. He still screams during every poopy diaper change. You hurt my son. For nothing. Even though I said no. He felt it. He still feels it.

You preyed and targeted an emotional mother, because you didn't agree with her. You guilted her for leaving her son intact, because your pride tells you that your penis is what every penis should look like. You assisted in preforming an unnecessary procedure, without consent from an infant's parent.

You perpetuated the myths used to scare parents into mutilating their baby boys.

I am not posting this to start a debate. I am posting this to inform parents that not every health care professional knows the proper way to care for an infant with an intact penis. I am posting this because I know I am not alone. My son is not alone. This happens daily in hospitals, and many people, including myself, are too scared to speak up again or louder. I regret sitting there in fear while these health care workers hurt my baby. I betrayed my son and I couldn't protect him from the people many think they are safe with...


Do NOT Retract and Prevention Physician Packs :
SavingSons.org/2015/07/retracting-clinician-information-pack.html

Do NOT Retract / Do NOT Circumcise Baby Bands & Intact Care Items for Hospitals Stays:
https://www.etsy.com/listing/502616895/do-not-retract-do-not-circumcise-baby?ref=shop_home_active_1