This video was put together by an outspoken, fun-loving, male stripper who is in fact, intact. As a young intact boy growing up amidst an ocean of cut peers, Stroud was compelled early on to investigate why he was (happily!) intact while so many of the boys around him had the "best" part of their penis cut off. While still in high school, Stroud researched all that he could surrounding the prepuce organ, and the amputation of it, and became a respected and well-read intactivist at his school. After learning what had been done to them, and taken from them, most of his cut peers wished they had been granted their genital integrity at birth to remain whole and intact as teens and adults.

Stroud covers many of the issues surrounding the myths of circumcision and tells his own story and that of others who have shared with him. His videos include a style of humor that may rub some people the wrong way - yet he uses his personal style to drive home some very good points.

There is 'adult language' used approximately 3-4 times throughout the video, and Stroud's presentation of religion may also upset some viewers. We'd encourage him to dig a little deeper into the topic of 'cutting the blessing' among Hebrews and Jews in antiquity (something that was not done in the same way as today's U.S. prepuce amputation, or done with such severity as we do today, but was genital mutilation nonetheless). It may add to the videos if Stroud were to also dive into historical research regarding the complete lack of circumcision among Christians for most of human history, and the outright opposition of this infant mutilation by the Christian church and the majority of Christian leaders throughout history.

We'd encourage you to take a listen to what this passionate, unique, young man has to say. Amid his humor, he makes a lot of powerful and important points. 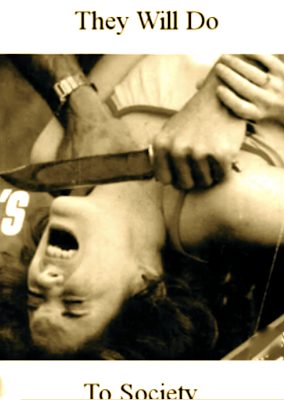 What is done to children,
They will do to society.
~ Karl Menninger

Due to the awful damage to my penis, there is just no more physical sensory input to achieve or produce much or any pleasure, and the neurological triggers that lead to orgasm and ejaculation are severely damaged or not even present.

My goal is to make sexually mutilated men, fathers, and women too, furious (in a non-violent way) at the sexual mutilators at large today.

Circumcision was mentioned to me by my late mother when I was in 9th grade.

No details, no explanation.

Just a mention of circumcision since it had been severely inflicted on me at birth. I did not wonder about it for decades. I heard Dr. Dean Edell, MD, on the radio about the craziness of and damage from infant circumcision. Reading more caused me anguish, alarm, and finally disgust. I'm concerned about the darker, troubling aspects of this tragedy: the sexually mutilated male MD's, the Semites, and the young fathers and their fear, envy, anxiety and hatred of the normal, natural, intact penis. I became a Natioanl Organization of Circumcision Information and Resource Centers (NOCIRC) activist, keen on confronting others with this atrocity and fraud.

If your husband was circumcised, he will remain sexually mutilated until he dies. He has a partial, man-made, desexualized, and emasculated penis. If he was forced in infancy to undergo this senseless, violent, shameful, degrading practice (posing as medicine) then he has never known the joys and sexual sensations that only the intact man knows. His primary sex organ, his prepuce & penis, not his brain, was surgically reduced and permanently damaged anatomically, neurologically, and physiologically. What pleasure he experiences now will fade soon. In his 40s, when the glans of his penis is fully deadened and desensitized, he may lose interest in sex. Then too, he might die in denial, especially if he demands his own newborn son be circumcised to match his own partial, wrecked penis.


More men tell their stories about how circumcision has impacted them on the links/videos on this page. Our hope is that men are empowered to speak up about this very important topic. Change can only happen when we are not longer silent.

For more on restoration, see this article and links.

More from Ron at TLC Tugger.com

TLC Tugger offers 2 FREE bumper stickers of your choice upon request! Those pictured here are among the selection.