On the Ethics of Registered Nurses Assisting in Forced Infant Circumcision 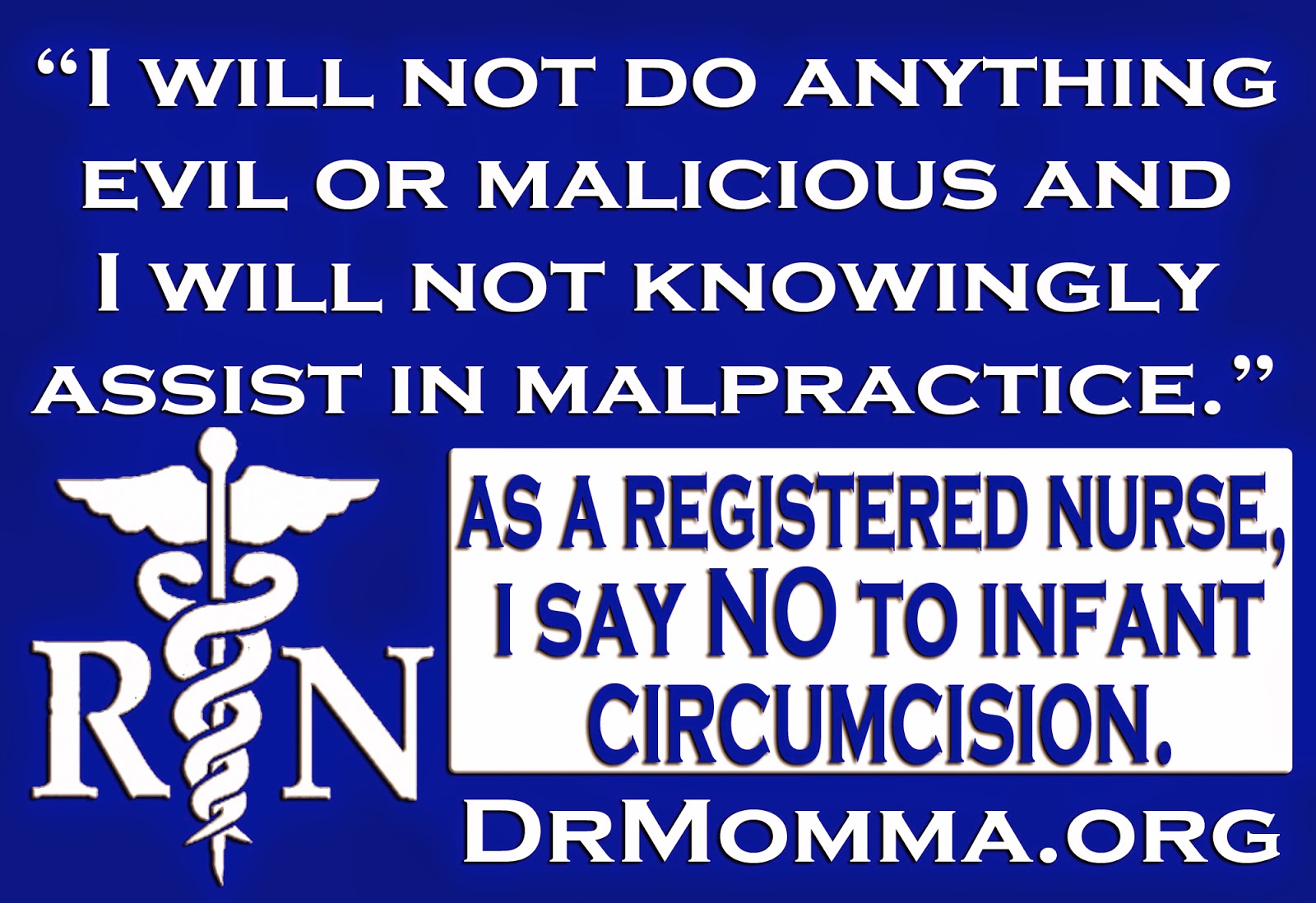 If anyone is vulnerable, it is a newborn baby - a child with no voice. And that is why I carry this sign: 'I will not do anything evil or malicious and I will not knowingly assist in malpractice.' Infant circumcision is malfeasance and malpractice and it is totally unethical. 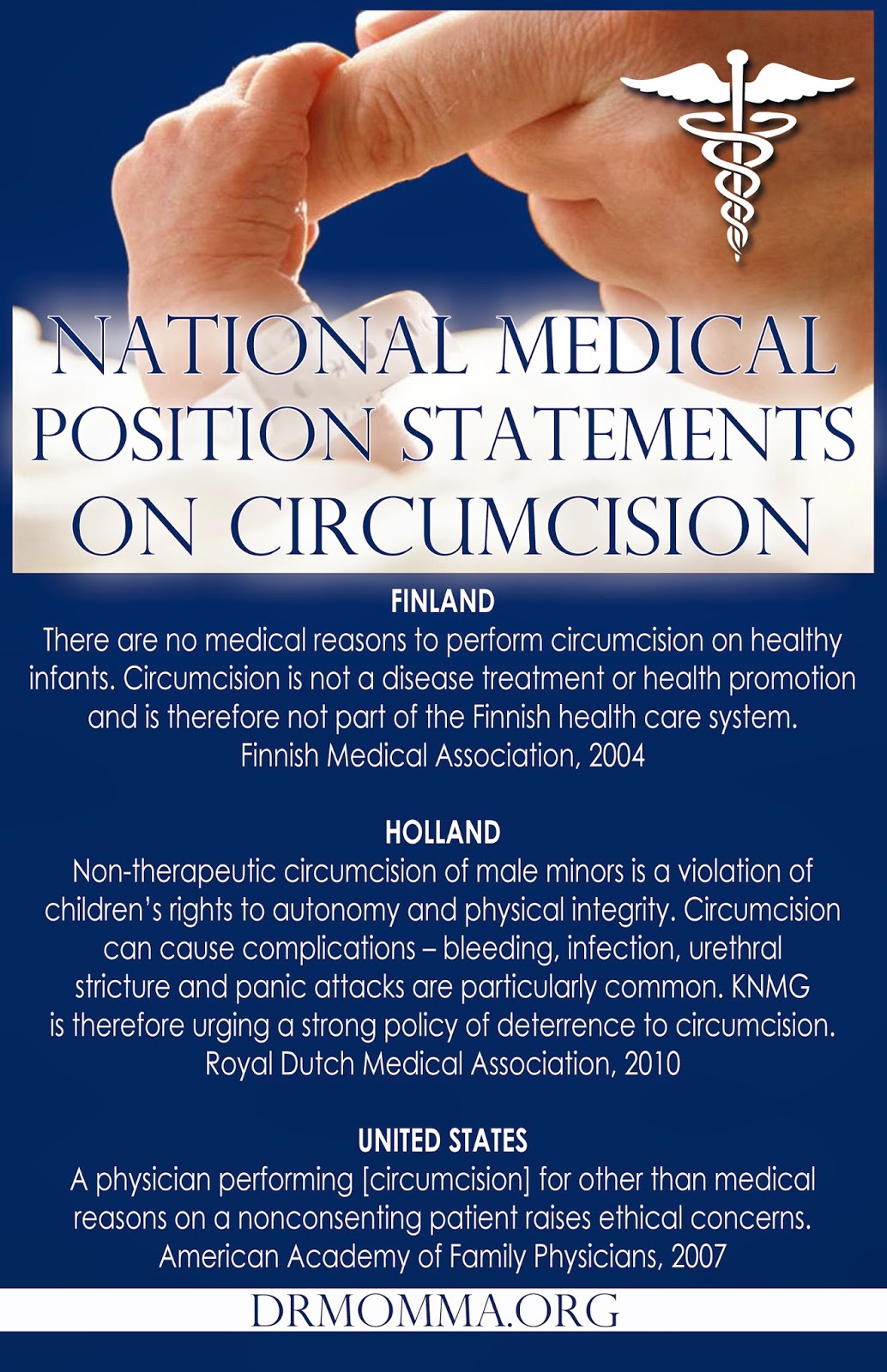 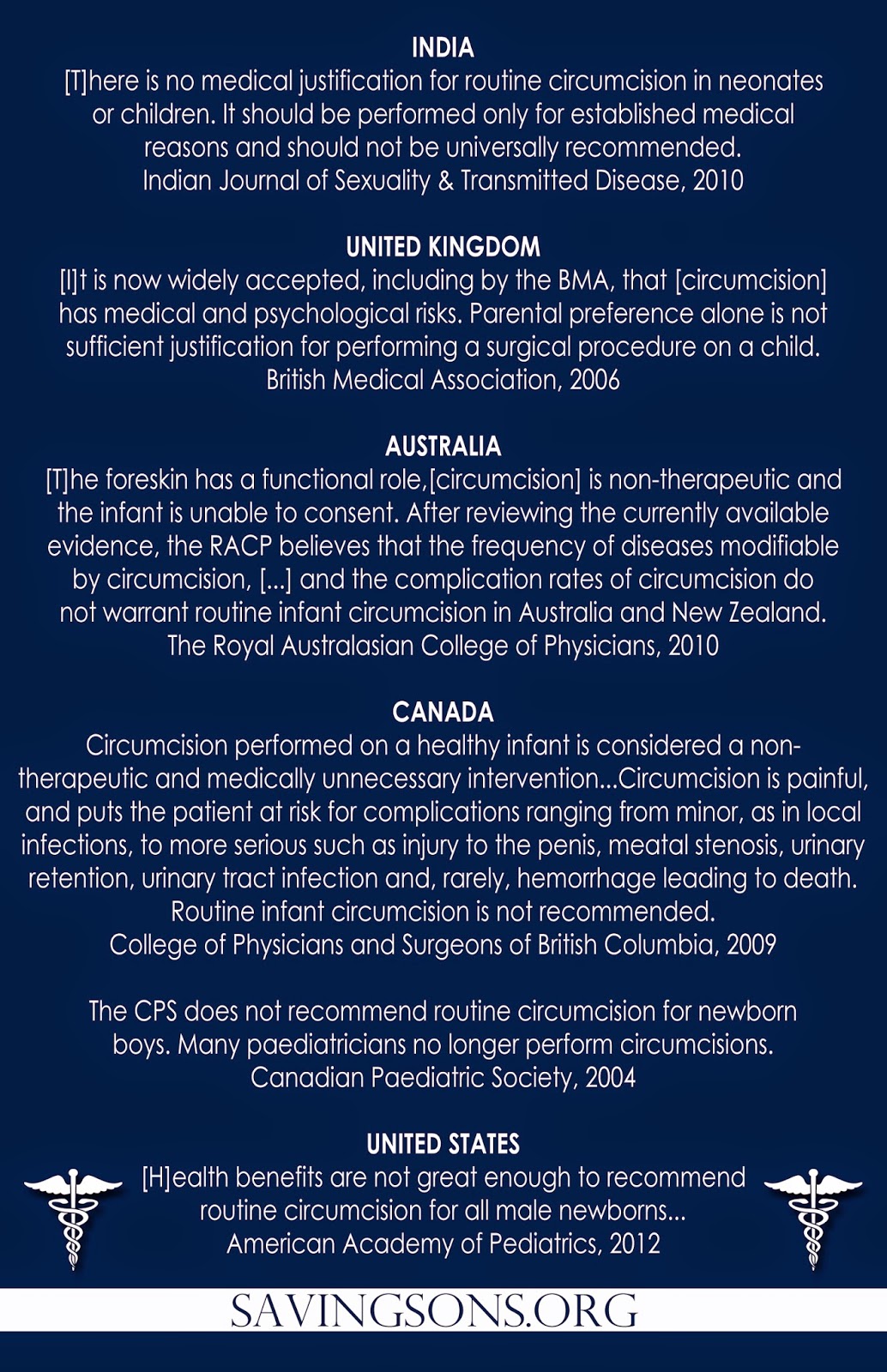 From Penis Amputation to Parenting: How Reconstructive Surgery Saved One Man After Botched Circumcision and Allowed Him to Father a Child

Mike is a new father from Mississippi, with a story to share that is filled with both great regret and great joy.

When Mike was 7 years old, he was circumcised. Complications from this genital cutting led to severe infection that spread quickly. Physicians at the time made the call to amputate his penis to save his life. Living without normal male anatomy was, understandably, very difficult. Mike visited psychologists and physicians in an attempt to bring some normalcy back to his life. However, he was often left without hope, and became severely depressed.

That is, until his uncle found information about Dr. Gordon Lee at Stanford who specializes in reconstructive surgery of the body's organs. Seven years ago, Mike met with Dr. Lee for the first time. Lee ended up utilizing tissue from Mike's thigh to reconstruct a functioning penis - and this past year, Mike went on to father a baby. As far as he knows, it is something that Dr. Lee says is, "a world's first!"

Dr. Lee continued in reflection on Mike's situation, "What we do here is not so much life-saving, but life-GIVING."

Still working through the emotional trauma that losing your genitals to circumcision would inflict upon most of us, Mike says, "Without Dr. Lee, this would not be possible. And if my story can help anyone, I want it to. If anyone had to go through what I went through, I want you to know it is possible... When I first held him, I didn't know what to say to him. My first words were, 'my Munchin'... and for the rest of my life, I think I'll call him 'Munchin.' [...] I bought him this Superman stuff because I knew he is a miracle. I love the symbol - it is hope. For him to be here, something had to go right."

Repeat Circumcision: Lessons Learned From the Mother of a Botched Baby