The Surgeon and The Consultant: A Circumcision Conversation

By John Trainer, M.D.
Read more from Dr. Trainer at FB.com/Jet3MD or his practice profile. 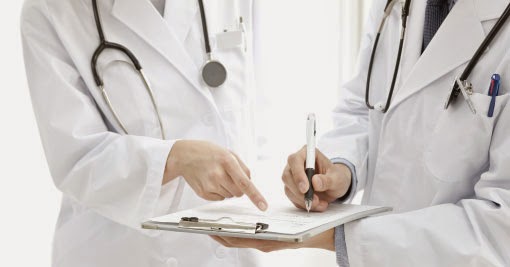 Imagine a conversation in the doctors' lounge...

Surgeon: Hey, can you do a surgical clearance for me?

Consultant: Tell me about the case.

S: Well the lawyers are all in a tizzy, because he can’t consent. They wanna make sure all the Ts are crossed and all.

C: And he can’t consent because…?

S: Well he can’t talk. Not even sure he knows English. I only admitted him yesterday. It’s okay though, he has a medical surrogate -- two in fact. They're both on board.

S: Among other things, patients like him have trouble clotting their blood. I didn’t do any labs, but I gave him some vitamin K. Y’know to shore that up.

S: And he just had a massive body fluid exposure. And even though the source was really tested and tested, I gave him a vaccine against Hep B. Just for good measure.

S: Well he’s been through a lot. Yesterday his lungs were full of fluid…

S: It’s okay. His lungs were replaced by extracorporeal support. For about 40 weeks. He weaned okay after his intra-cardiac shunt was fixed.

S: (moving on) So, um, the surrogates are in a hurry for me to discharge the patient. Can you get up there kinda quick?

C: What’s the hurry? Is this some kinda urgent procedure?

S: Umm, no. It’s mostly elective. Even considered cosmetic. But the CDC just said it can prevent problems in approximately 16 to18 years.

C: (interrupting now) And you need to do this today because…?

S: Well if we don’t do it today, the insurance company won’t pay for it. And that would make the surrogates mad. Then they would have to pay for it.

C: (walking away, shaking his head)

Brief comment on the proposed guidelines concerning male circumcision to be issued by the CDC: https://www.academia.edu/9603843/Brief_comment_on_the_proposed_guidelines_concerning_male_circumcision_to_be_issued_by_the_CDC

The Culture Behind the CDC's New Proposal (Dr. Carmack): http://www.savingsons.org/2015/04/the-culture-behind-cdcs-new-proposal.html

Responses to the AAP (whose 2012 statement is overwhelmingly similar to the CDC's proposed statement) - bottom of page: http://www.drmomma.org/2012/08/aap-circumcision-policy-statement.html