It Was Done To Me: Grocery Store Awareness Raising 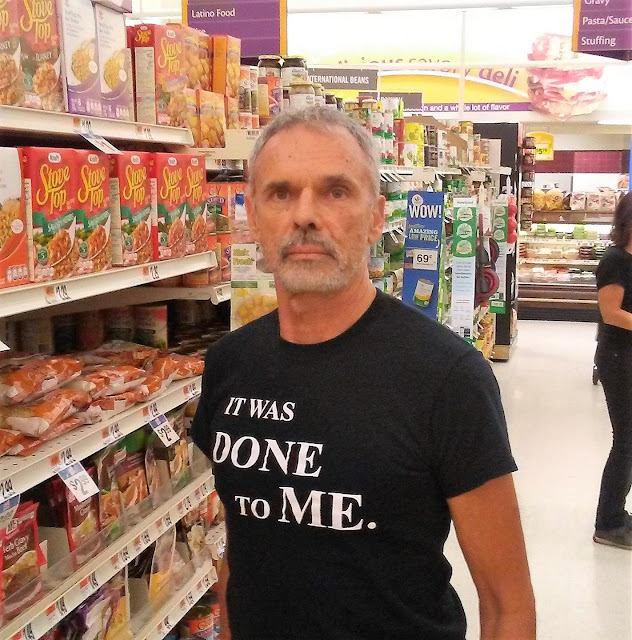 Yesterday at the grocery store a woman's voice from behind me said, "It's terrible that they do that to women..."

She read the front of my T-shirt. "Oh, my God..." she said. She touched me on the shoulder, and then as if apologizing to me, she said, "I'm sorry, I'm so sorry." There was such sadness in her eyes. In that brief encounter, without argument or excuses, she simply understood. Her empathy was invoked because a Latin word wasn't encouraging her prejudice.

The words we use make a difference. This woman will never disregard what adults are doing to the bodies of children because she saw a man wearing a T-shirt, man who had the guts to call it what it is: Genital Mutilation and to say it was DONE to ME.

"Some of us who have already begun to break the silence of the night have found that the calling to speak is often a vocation of agony, but we must speak." -Dr. Martin Luther King Jr. 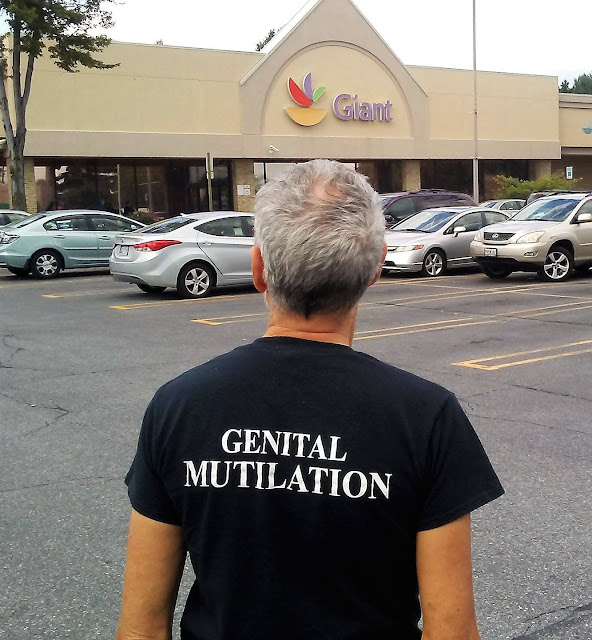