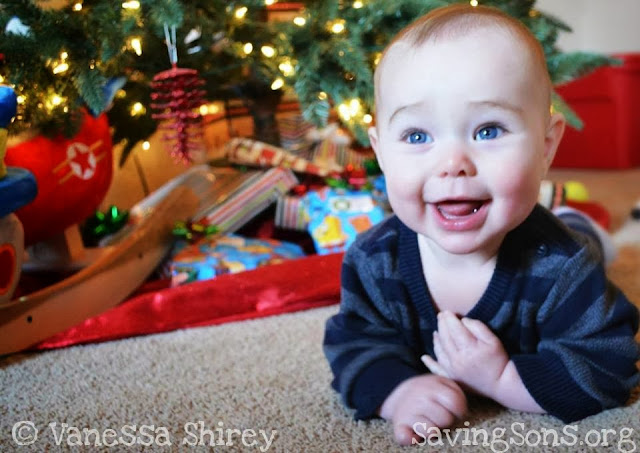 Mason is my fourth son, but the first who we kept intact. My other boys are 12, 10 and 6 years old, and unfortunately, I wasn't educated on circumcision when I was pregnant with them. Or, maybe I should say that I wasn't receptive to information available on circumcision at the time. I'd only come across such material when reading through circumcision 'debates' on parenting forums, and they were usually pretty ugly - with name calling and hateful remarks tossed out at parents who had circumcised in the past. Why would I want further information from someone who said I was a bad parent, or from an individual who didn't think I was fit to be a mom? The ol' saying that you catch more flies with honey than vinegar is sometimes true...

It wasn't until I found other genital autonomy advocates with gentle, research-based approaches that I truly grasped how atrocious genital mutilation is. Then, I began to ask myself questions -- Why do Northern Americans find it appalling when they hear of girls being circumcised, but not our boys? Why are boys not granted the same genital autonomy as girls? Why are our boys less deserving of full and functioning genitals simply because they were born male? We often focus so much attention on the equal rights that women deserve in our society, and yet our men are dealt the lesser hand in this department.

When we found out we were expecting another perfect little boy, it was a no brainer. I told my husband that I would absolutely not circumcise again and braced for battle. But his retort was to say, 'okay,' and it was as easy as that! Fast forward to May 28 when our little ham arrived, and I breathed a sigh of relief knowing that this time I was leaving our son the way he came into this world. His penis wasn't defective. Everything about him was perfection.

Today I tell pregnant mothers to research, research, research. Your husband having a penis doesn't make him an expert on the functions of the foreskin, or on circumcision, just as me having a vagina doesn't make me an OB/GYN. There is nothing strange or abnormal about having an intact son after circumcising in the past. It shows that we are capable of change and facing mistakes head on. Even my mother-in-law, (who unexpectedly passed away in October and mothered three sons of her own) became informed on how barbaric infant circumcision is. I will never forget her thanking me for leaving her new grandson, Mason, whole.

While I cannot save the world, I managed to save at least one baby boy -- my youngest son. And it is my hope that you will be encouraged to do the same for your next baby boy as well. 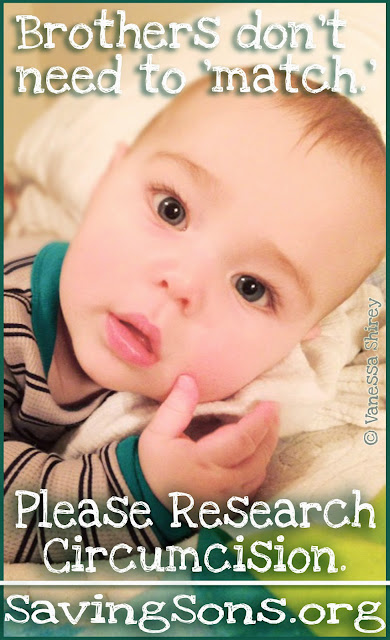 Read more here from parents raising both circumcised and intact sons.
To share your experiences, write to SavingSons@gmail.com