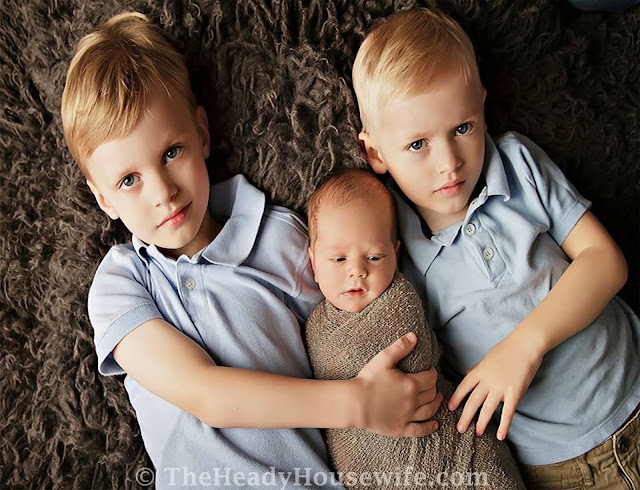 Six years ago while pregnant with our first child I researched many new parenting topics. Breastfeeding, cosleeping, vaccination, doulas and having a natural hospital birth, among others, were researched heavily. The subject of circumcision is one I hadn't researched as much. Not knowing the sex of our baby put the topic at the bottom of my list. My friend and doula had asked what my thoughts on circumcision were. At the time I thought a common likeness to my husband and social norm were important. Sadly, I was very ignorant of the process of circumcision, the motives behind it, and I really thought almost everyone was circumcised.

We gave birth to a beautiful little boy at 5pm on a Monday, and by 10am on Tuesday he was circumcised. I knew 15 seconds after he left our closet-sized recovery room that the decision was wrong. Of course, I didn't tell myself that, or let myself grieve that choice for several years.

The feeling I had when they brought him back to me still sticks with me today. It wasn't just sadness - it was guilt. In general, my parenting choices are based on my instincts as a mother, and I know even if I am not at my best, if I try my hardest, then I did okay. But that first day I did not. I ignored those instincts. I failed. Being a new mom of less than 20 hours I didn't know what those instincts felt like. If I had waited even a one hour more -- maybe even a few extra minutes -- I could have changed my mind.

At the time I was thinking of all the 'what if's' -  although I challenged every other 'what if' associated with my baby. Back then circumcision seemed justified - but only because it was too hard to actually think about. That is, by choosing not to do it, it would cancel out any validation circumcision had. If it is not okay to circumcise my baby, then it is not okay to circumcise any baby - including his father. I believe many dads justify their own circumcision by circumcising their sons. And that is heavy, uncomfortable stuff for a new parent.

Fast forward two years. I become pregnant with our second child. By now we had decided a drug free birth at the hospital was more work than we wanted to deal with again, so we chose a birth center. While preparing for the big day the circumcision conversation was brought up. What if it is another boy? Do they need to 'match?' Would it cause a problem if they didn't? At that moment we both decided it wasn't our choice to make. That was the moment we swallowed the big pill. We admitted how wrong we were for doing it last time, and how a part of each of us was angry that my husband and our son had been circumcised.

So many parenting decisions are reversible. I can discipline a certain way, feed my children a certain way, and have certain sleeping arrangements, and then change my mind after I realize there is something better for my child. Circumcision doesn't have a take-back option. It is irreversible.

We had our second boy at 10pm on a Sunday. At that moment we knew he would stay whole. He remains intact, and can choose whatever he wants to do with his body as an adult. We live in a time and place where access to information is so available, and where circumcision rates are so split, that your children most likely will ask you why one day. For me, "So you matched your dad..." was, and still is, an unacceptable answer.

Today, six years later, we are blessed with another beautiful boy. How lucky we are to have three young men to influence and help grow into respectful and mindful adults. To be able to teach them that their body is theirs and deserves respect, and how hygiene and responsibility are an important thing for all of your body parts.

Yes, the difference between our circumcised child and his intact brothers has been noticed and questioned. For us, the answer is a lesson we learned the hard way on how we thought he needed to be a certain way to be 'normal' and healthy, when in truth we were wrong. It is a lesson in understanding that irreversible decisions made for someone else, and based on common likeness, are hard to justify and it is best to question them. Most importantly, though, we have learned that no matter how difficult it can be to break a cycle, if that is the right thing to do, then it is worth it.

Read more from parents who are raising both circumcised and intact sons.