HIV in the Circumcised U.S. Up to 500% Higher than Intact Nations 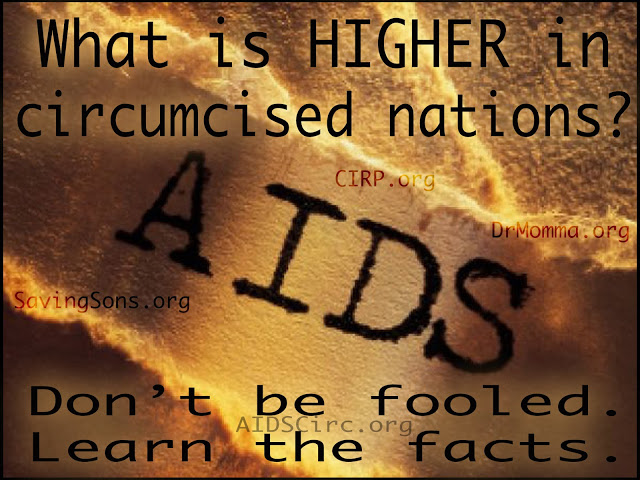 In August 2012 headlines across the country read:


Researchers [Johns Hopkins] say that if circumcision rates drop to the level seen in Europe there will be a 12% increase in HIV cases in men.

There must certainly be an AIDS epidemic in Europe then! Yet, compare the HIV statistics between the United States and Europe today. The U.S. circumcision rate was about 80% in the 1970s and 80s; Europe’s rate was less than 10%. So the U.S. should have a much lower HIV infection rate today as our sexually active population has been 'vaccinated' with a high circumcision rate. According to the CIA (they have statistics on everything), the estimated percentage of adults living with HIV/AIDS in 2009 was [1]: 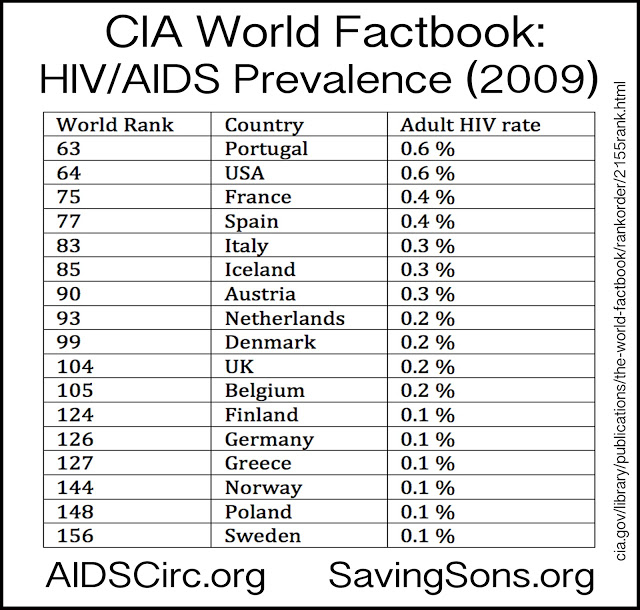 You can see why Johns Hopkins went to Africa to get their statistics. Their very limited studies claim that circumcision reduces the HIV infection rate by 60%. Through most of Europe, where competent healthcare is widely available and hygiene emphasized, the HIV infection rate is 50% (France, Spain) to 500% (Germany, Finland, Greece, Norway, Poland, Sweden) lower than in the United States. So how did Johns Hopkins calculate that HIV rates in the U.S. would increase by 12% if we followed Europe’s lead? Perhaps they need to refine their data models some more.

Another interesting statistic is the comparative death rate per 100,000 people. This ultra-cool website has an interactive world map [2]. Again, with the exception of Portugal, the U.S. ranks much higher than European countries. In fact, the AIDS death rate is 34 times higher in the (circumcised) U.S. than in (intact) Finland... Where’s that headline?

The medical industry in the U.S. is clearly showing us where its priorities are. Circumcision is very profitable and so we press on in our continuation of this 'cure in search of a disease.' 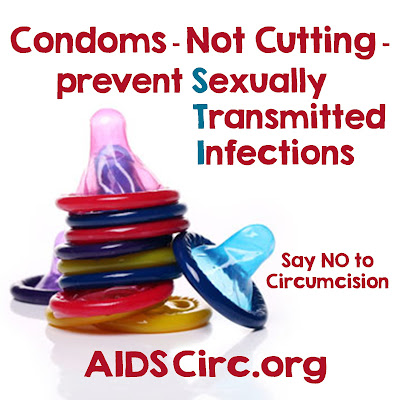