The Forced Retraction of My Son

By Danielle Netherton © 2011
Names of UC Davis employees have been withheld for privacy. 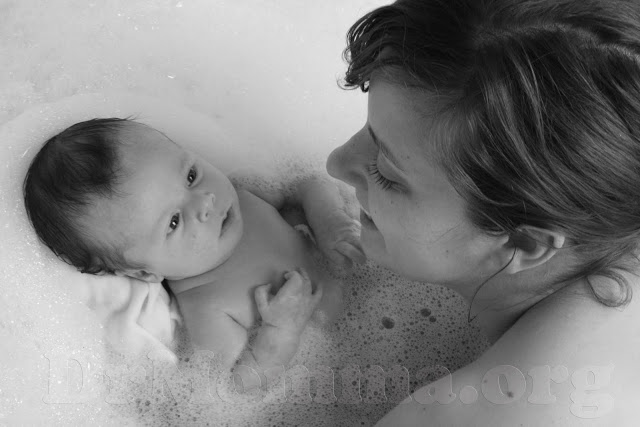 I am sharing my horrific experience with forced retraction in the hopes that it will spare another family from the same.

I delivered my son in early 2010 at Sutter Memorial Hospital in Sacramento, California, due to his 37 week  diagnosis with hydrocephalus. He had a difficult birth, but after a few days in the NICU, his hydrocephalus had not posed a problem and we were sent home. At our two day check-up our pediatrician sent us to the ER where we were transferred by ambulance to UC Davis Medical Center in Sacramento due to our son's ventricular tachycardia in his heart.

After a few days in the PICU, we received a call from Doctor G. informing us that our son had spiked a fever and they needed to do a spinal tap to rule out a life threatening bacteria. We agreed to the spinal tap and immediately went back to the hospital.

When we arrived they were already conducting the spinal tap. We walked around the corner so I wouldn't go crazy hearing my baby scream. Finally, I decided to go to the window to see if they were finished. I saw two nurses, his regular nurse, Nurse G., and another RN assisting her. I had no idea what they were doing at the time as he continued to scream, and I waited outside.

When they walked out, I rushed inside to comfort my son. I changed his diaper and immediately noticed that his penis had been fully retracted and his foreskin was now stuck behind the glans (head of his penis). It was swollen and bleeding. I panicked, immediately got Nurse G., and demanded to know what had happened.

She told me that everything was fine and that they had inserted a catheter. I told her that you are never, under ANY circumstances, supposed to fully retract an intact baby's penis. She told me that she had never heard such a thing before and that it was a routine procedure, done to all the infants that come into the PICU. I was horrified and demanded to see the physician in house.

Doctor G. came to see us, and in witnessing the state of my son's penis, he immediately began manipulating the foreskin that was stuck to try and replace it back over the glans. He had a difficult time and was clearly struggling. After twenty minutes or so, he was finally able to get the foreskin back into its rightful place. I told him that under no circumstances are you ever supposed to fully retract an infant's penis. I mentioned that I had read several books on the subject, including those by the American Academy of Pediatrics (AAP), that said to never, ever do what had just been done to my son. He told me that all I read was incorrect, and that the only reason the AAP tells parents not to retract is because they do not want parents doing it at home and not being able to get the foreskin back over the glans if it gets stuck.

Even though everything inside me was telling me that this was very wrong, I listened to what this doctor said and accepted it at the time. In the moment, I didn't even know whether my baby was going to live or die, so when the doctor told me it would be okay, I believed him.

When we got home a couple of weeks later we had a check up with our regular pediatrician. He examined my son and told us that what had been done to him was terribly wrong. He showed us just how slightly the foreskin needed to be shifted in order to get a catheter in quickly and easily. He said that he did not want to scare us, but that our son could suffer from adhesions later in life as a result of this forced retraction. At that moment, my lingering feelings of distrust and fear were confirmed. I did not know what true pain felt like until I became a mother and felt unable to protect my son. I am so angry over this that sometimes I cannot even cope with what I'm feeling.

I wrote a letter of complaint to the Patient Assistance Department at U.C. Davis and I questioned them about what they were going to do in the future. I asked what I should do in the event that my son develops adhesions or other problems later in life as a result of what they had done to him. They sent me a letter of apology, but never mentioned the forced retraction incident.

At one point I saw my pediatrician because I noticed my son's penis ballooned while urinating. This can be a normal part of the separation process for some boys (who have not been forcibly retracted in the past). However, our doctor examined my son and said that the scarring had caused an obstruction, and that it was very likely caused by this early retraction of his penis.

Because I am also an advocate for families dealing with hydrocephalus, I'd like to mention that a shunt was placed for my son's hydrocephalus at two months and he had a revision at six months. Today he is 15 months old and aside from the ballooning, he is doing well. I know, however, that he will always be scarred as a result of this early treatment at U.C. Davis Medical Center PICU.

I am haunted by the fact that Nurse G. said this practice of forced retraction is routine for the staff to perform on all babies in the PICU. This is happening every single day to babies at U.C. Davis Medical Center - a hospital that is supposed to be one of the best children's hospitals in the country. I am horrified by the number of babies experiencing the same, and I cry each time I think of how my son was violated. I've contacted several attorneys on this case, but at this point, no one has been able to help. I am told that it is not worth the expense of the case because there are plenty of physicians who will take the stand to say that what was done to my son was 'okay.' But it is not okay.

I am left wondering, is there anything we, as concerned and informed parents, can do?

Contact UC Davis in support of Netherton and her son, and encourage them to STOP the forcible retraction of infants in their PICU.

How to Care for Your Intact Son

Do Not Retract Packs and Physician Prevention Packs

For additional information on the prepuce organ (foreskin), intact care, forced retraction, and circumcision, see books, sites, and articles at: Are You Fully Informed? 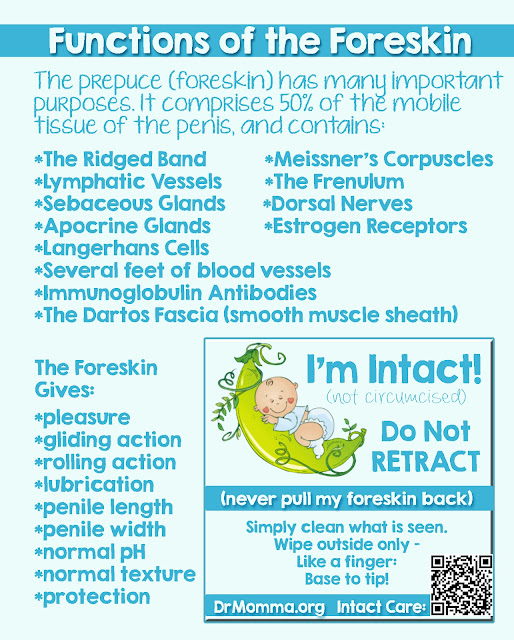