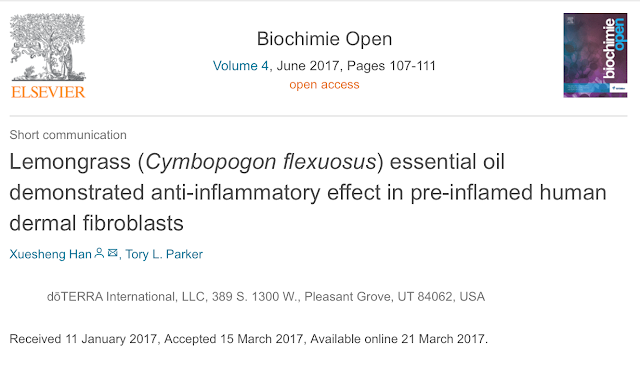 A dōTERRA hosted study published in Biochimie Open highlights the company's willingness to use foreskin harvested from baby boys for the advancement of their products.

The use of neonatal foreskin from United States' born babies in cosmetics, research, and with skin grafting, is commonplace today. However, it raises grave ethical concerns in the process. These are healthy human organs that are amputated and taken from non-consenting human beings when there is otherwise no medical justification for their removal.

As a result of infant circumcision, and the sale/use of foreskin for studies like this one conducted by dōTERRA, countless men are forced to spend lives void of the full, intact genitals they were born with, and the functions this organ holds. The prepuce (foreskin) has many important purposes, both in infancy and adulthood, ranging from protection to pleasure. Its removal permanently alters the human body, and prevents normal functioning throughout life.

By taking a stand against such practices and the harm of babies and future men, dōTERRA, of Pleasant Grove, Utah, would continue with their mission of "providing all families everywhere with health-promoting benefits..." It is ethically problematic when we sacrifice one "health promoting benefit" (the form and function of human foreskin) for another, and do so without the consent of the individual who is forever impacted. 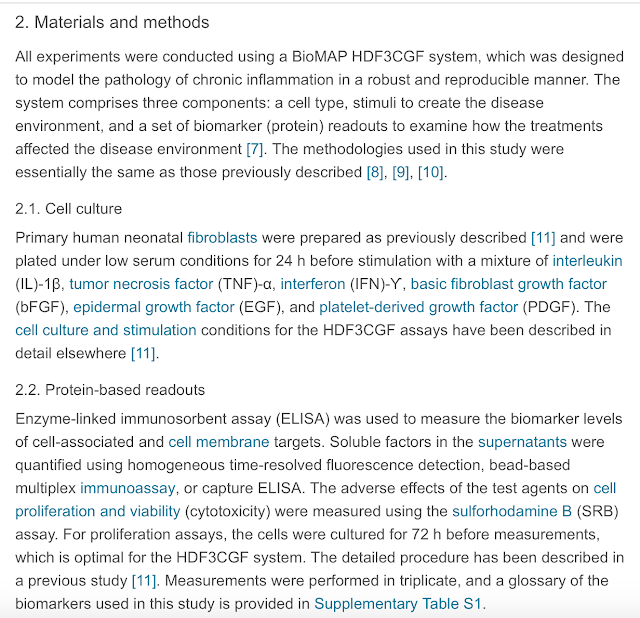 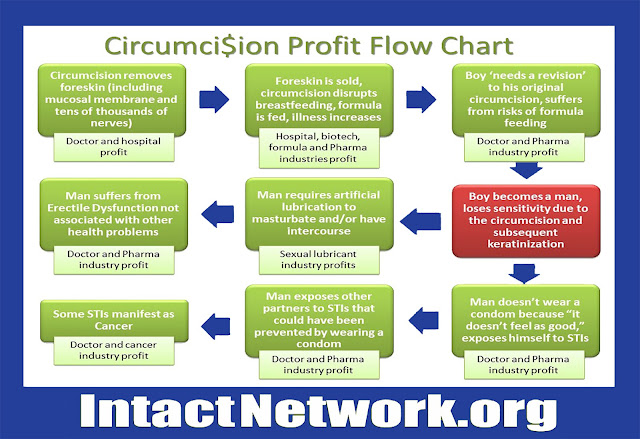 Circumcision is a billion dollar industry. This chart from The Intact Network highlights many of the ways that infant circumcision dominoes into other aspects of financial gain for those involved.

Abstract
Lemongrass (Cymbopogon flexuosus) essential oil (LEO), which has citral as its main component, has exhibited anti-inflammatory effect in both animal and human cells. In this study, we evaluated the anti-inflammatory activity of a commercially available LEO in pre-inflamed human dermal fibroblasts. We first studied the impact of LEO on 17 protein biomarkers that are critically associated with inflammation and tissue remodeling. LEO significantly inhibited production of the inflammatory biomarkers vascular cell adhesion molecule 1 (VCAM-1), interferon gamma-induced protein 10 (IP-10), interferon-inducible T-cell alpha chemoattractant (I-TAC), and monokine induced by gamma interferon (MIG); decreased levels of the tissue remodeling biomarkers collagen-I and III, epidermal growth factor receptor (EGFR), and plasminogen activator inhibitor (PAI-1); and inhibited the immunomodulatory biomarker macrophage colony-stimulating factor (M-CSF). Furthermore, we studied the impact of LEO on genome-wide gene expression profiles. LEO significantly modulated global gene expression and robustly impacted signaling pathways, many of which are critical for inflammation and tissue remodeling processes. This study provides the first evidence of the anti-inflammatory activity of LEO in human skin cells and indicates that it is a good therapeutic candidate for treating inflammatory conditions of the skin.

Given the popularity of topically applied LEO and the lack of bioactivity study in human skin cells, we undertook an investigation of the biological activity of a commercially available LEO in a validated human skin cell culture system. We first studied its impact on 17 protein biomarkers that are closely related to inflammation and tissue remodeling processes. We also studied its effect on modulating human genome-wide gene expression profiles. The results showed that LEO significantly inhibited the production of many inflammatory biomarkers and robustly impacted global gene expression profiles in human skin cells.

2. Materials and methods
All experiments were conducted using a BioMAP HDF3CGF system, which was designed to model the pathology of chronic inflammation in a robust and reproducible manner. The system comprises three components: a cell type, stimuli to create the disease environment, and a set of biomarker (protein) readouts to examine how the treatments affected the disease environment [7]. The methodologies used in this study were essentially the same as those previously described [8], [9], [10].

Enzyme-linked immunosorbent assay (ELISA) was used to measure the biomarker levels of cell-associated and cell membrane targets. Soluble factors in the supernatants were quantified using homogeneous time-resolved fluorescence detection, bead-based multiplex immunoassay, or capture ELISA. The adverse effects of the test agents on cell proliferation and viability (cytotoxicity) were measured using the sulforhodamine B (SRB) assay. For proliferation assays, the cells were cultured for 72 h before measurements, which is optimal for the HDF3CGF system. The detailed procedure has been described in a previous study [11]. Measurements were performed in triplicate, and a glossary of the biomarkers used in this study is provided in Supplementary Table S1.

Quantitative biomarker data are presented as the mean log10 relative expression level (compared to the respective mean vehicle control value) ± standard deviation (SD) of triplicate measurements. Differences in biomarker levels between LEO- and vehicle-treated cultures were tested for significance using the unpaired Student's t test. A p-value < 0.05, outside of the significance envelope, with an effect size of at least 10% (>0.05 log10 ratio units), was regarded as statistically significant.

A 0.0012% (v/v) concentration of LEO was tested for its effect on the expression of 21,224 genes in the HDF3CGF system after a 24 h treatment. Samples for microarray analysis were processed by Asuragen, Inc. (Austin, TX, USA) according to the company's standard operating procedures. Biotin-labeled cRNA was prepared from 200 ng of total RNA using an Illumina TotalPrep RNA Amplification kit (Thermo Fisher Scientific) and one round of amplification. The cRNA yields were quantified using ultraviolet spectrophotometry, and the distribution of the transcript sizes was assessed using the Agilent Bioanalyzer 2100. Labeled cRNA (750 ng) was used to probe Illumina human HT-12 v4 expression bead chips (Illumina, Inc., San Diego, CA, USA). Hybridization, washing, staining with streptavidin-conjugated cyanine-3, and scanning of the Illumina arrays were carried out according to the manufacturer's instructions. The Illumina BeadScan software was used to produce data files for each array; raw data were extracted using Illumina BeadStudio software.

The raw data were uploaded into R [12] and analyzed for quality-control metrics using the beadarray package [13]. The data were normalized using quantile normalization [14], and then re-annotated and filtered to remove probes that were non-specific or mapped to intronic or intragenic regions [15]. The remaining probe sets comprised the dataset for the remainder of the analysis. The fold-change expression for each set was calculated as the log2 ratio of LEO to the vehicle control. These fold-change values were uploaded onto the Ingenuity Pathway Analysis web software (IPA, QIAGEN, Redwood City, CA, USA, www.qiagen.com/ingenuity) to generate the networks and pathway analyses.

LEO (dōTERRA International LLC, Pleasant Grove, UT, USA) was diluted in DMSO to 8× of the final concentrations (final DMSO concentration in culture media was no more than 0.1% [v/v]); 25 μL of each 8× solution was added to the cell culture to a final volume of 200 μL. DMSO (0.1% [v/v]) served as the vehicle control. The gas chromatography–mass spectrometry analysis of LEO indicated that its major chemical constituents (i.e., >5%) were geranial (also known as citral A) (43%), neral (also known as citral B) (32%), and geraniol (6%).

3. Results and discussion
3.1. Bioactivity profile of LEO in the HDF3CGF system

We analyzed LEO's activity in the validated dermal fibroblast system, HDF3CGF, which features the microenvironment of inflamed human skin cells. Four different concentrations (0.011%, 0.0037%, 0.0012%, and 0.00041%, v/v) of LEO were initially tested for cytotoxicity. LEO was cytotoxic to the cells at concentrations of 0.011% and 0.0037%. Therefore, a concentration of 0.0012% was included for further analysis. Biomarkers with significantly different expression (p < 0.05) compared to that of vehicle controls, with an effect size of at least 10% (>0.05 log ratio units) (Fig. 1), were considered important. The details are discussed below. 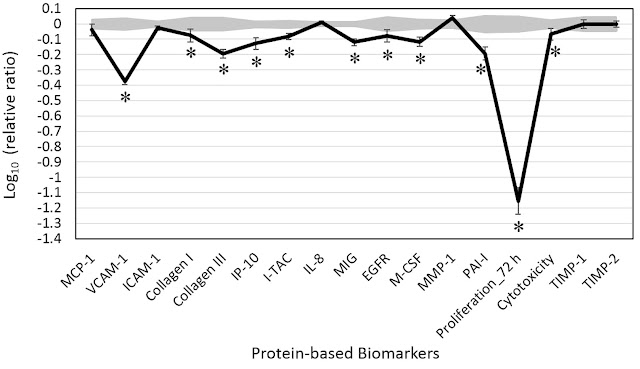 LEO typically has very high amount of citral (geranial and neral). The anti-inflammatory property of LEO has been largely attributed to the activity of citral. Boukhatem et al. found that both topical and oral administration of LEO significantly inhibited chemically induced skin inflammation in a mouse model [2]. Another group also showed that LEO elicited significant anti-allergic and anti-inflammatory effects in a mouse edema model [16]. Both of these reports investigated LEO with a chemical composition similar to that of the LEO used in the present study. Amorim et al. evaluated the anti-inflammatory property of four citrus essential oils, and found that Cymbopogon aurantifolia essential oil, largely due to high levels of citral, significantly reduced carrageenan-induced inflammation in the subcutaneous air pouch model [3]. An animal study of citral showed that it significantly inhibited oxidative stress, apoptosis, and macrophage and nuclear factor-kB activation, demonstrating beneficial action through antioxidant and anti-inflammatory activities [17]. Song et al. recently found that citral significantly inhibited enhanced production of TNF-α, IL-8, VCAM-1, and ICAM-1 in human umbilical vein endothelial cells [18]. Consistent with these existing studies, the current finding of the inhibitory effect of LEO on inflammatory biomarkers indicates that it may possess anti-inflammatory properties and modulate the tissue remodeling process in pre-inflamed human dermal fibroblast cells. Moreover, the anti-inflammatory activity of LEO, along with its anti-proliferative effect in human skin cells, might promote enhanced wound healing, presumably via acceleration of proper tissue remodeling processes [19].

3.2. Effects of LEO on genome-wide gene expression profiles in the HDF3CGF system

To further explore the biological activities of LEO, we studied the effect of 0.0012% LEO (the highest non-cytotoxic concentration) on the RNA expression of 21,224 genes in the HDF3CGF system. The results showed robust and diverse effects of LEO on human gene regulation. Among the 200 most impacted genes (log2 [expression fold-change ratio relative to vehicle control] ≥ |1.5|), the majority (135 out of 200 genes) were significantly inhibited (Table S2). A cross-comparison of protein and gene expression data revealed that VCAM-1 was among those most inhibited by LEO at both protein and gene levels. See Supplementary Material for more information.

Further IPA studies showed that the bioactivity of LEO significantly overlapped with many canonical signaling pathways from the literature-validated database (Fig. 2). It is noteworthy that many of the most impacted pathways are closely related to processes of inflammation and tissue remodeling in human cells (Fig. 2, Tables S3–S6). LEO showed an overall inhibitory effect on these critical genes and signaling pathways, consistent with its anti-inflammatory activity in human skin cells. 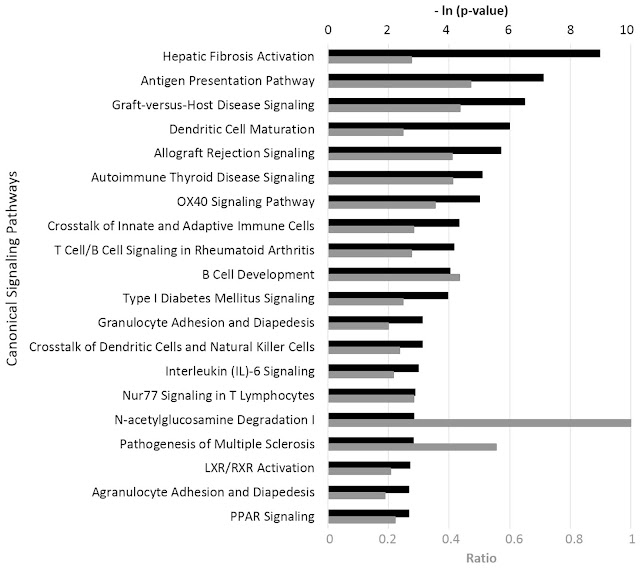 Fig. 2. Top 20 canonical pathways representing the effect of lemongrass essential oil (LEO, 0.0012% v/v) on gene expression in the HDF3CGF system, generated via IPA. The p-value is calculated with the right-tailed Fisher's Exact Test. The p-value measures how likely the observed association between a specific pathway and the dataset would be if it was only due to random chance. The smaller the p-value (the bigger the −ln (p-value), indicated by black bars) of a pathway, the more significantly it matches with the bioactivity of LEO. A ratio, indicated by the gray bar, is calculated by taking the number of genes from the LEO dataset that participate in a canonical pathway, and dividing it by the total number of genes in that pathway. OX40, tumor necrosis factor receptor superfamily, member 4; Nur77, nuclear hormone receptor 77; LXR, liver X receptor; RXR, retinoid X receptor; PPAR, peroxisome proliferator-activated receptor.


The current study has several limitations. Though the skin cell culture was designed to model the disease biology of chronic inflammation, the in vitro study results cannot be directly translated to the more complex human system. The impact of LEO on gene expression was analyzed after short-term intervention. How LEO impacts global gene expression over a longer term remains elusive. Nevertheless, based on the protein and gene expression data, this study provides important evidence of the biological effect of LEO on human skin cells and will likely stimulate further research into LEO's mechanisms of action.

4. Conclusions
To our knowledge, this is the first study to evaluate the anti-inflammatory activity of LEO, which has citral as its main component, on pre-inflamed human dermal fibroblasts. LEO showed significant inhibition of VCAM-1, IP-10, I-TAC, and MIG production. It also significantly decreased collagen-I and III, EGFR, M-CSF, and PAI-1. Genome-wide gene expression analysis demonstrated robust and diverse effects of LEO. Many of the most impacted genes and pathways are critically involved in inflammation processes, supporting the anti-inflammatory property of LEO. LEO is likely to be a good therapeutic candidate for treating skin inflammation.

References
Please find references at the in full text pdf of this study. 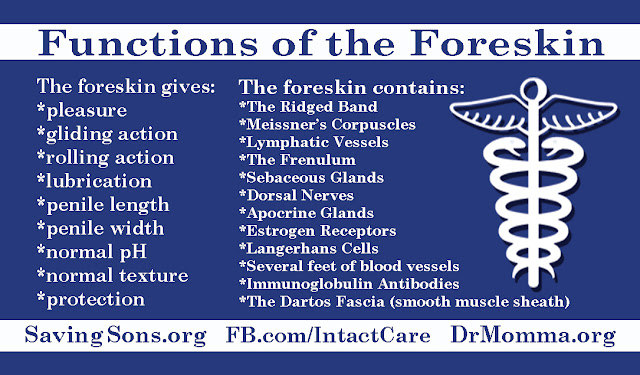 Informational cards for sharing can be found at Etsy. 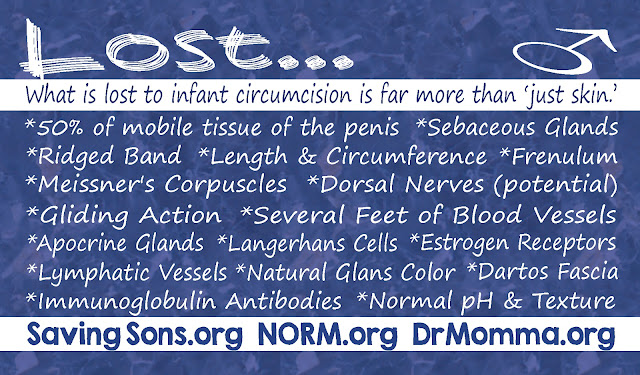