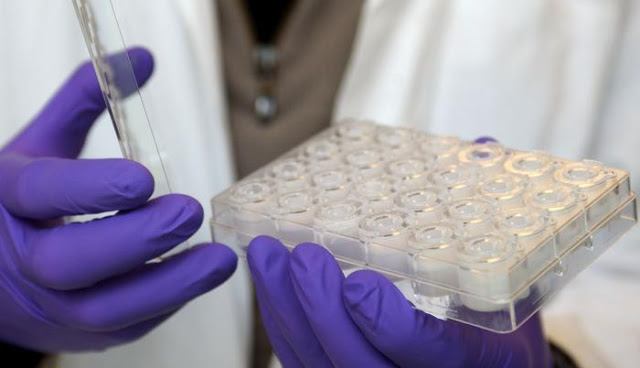 An employee at the Fraunhofer Institute holds a culture plate with foreskin-grown skin samples.

We've watched before as human foreskin is harvested from infant boys in the United States and sold for use in cosmetics nationally and overseas. We've seen foreskin taken from infant babies and used in skin grafting for burn victims. Now, a laboratory dubbed the "Skin Factory" at the Fraunhofer Institute in Stuttgart, Germany is using vorhaut von kindern - children's foreskin - to grow new skin samples for testing cosmetics and other products.

Project spokesperson, Andreas Traube, says researchers hope that this use of human foreskin could replace animal testing, and eventually be used in developing treatments for cancer, pigmentation diseases, and certain skin allergies.

The process itself takes six weeks to complete, and during this time 10 million skin cells are grown from one single boy's foreskin - to make new skin up to five millimeters thick. A machine is used to heat the foreskin to 98.6 degrees Fahrenheit (the temperature of the human body), and robotic hands extract cells from the organ. Scientists then take the extracted cells, mix them with collagen and connective tissue, and incubate them inside a petri dish lined tube, where they multiply at the same regulated temperature. This tube, approximately 22 feet long, 10 feet wide and 10 feet high, fosters the growth of the foreskin's cells into an epidermis layer of skin (the outermost skin on the human body). Three layers of this new skin are finally put together to create the end sample. In regards to the month and a half long time frame, Traube says, "We can't use the machine to speed up the process; biology needs time to take its course."

While European authorities have yet to authorize the Skin Factory for official use in product testing, new skin swatches from young human foreskin is begin produced at a rate of 5,000 samples per month and authorities are examining the factory to determine if the skin can be used commercially. "It's logical that we'd want to take the operation to a bigger scale," said Traube. And at least one German organization has already expressed interest in the machine. "I think the idea is a good one. I believe cells from artificially cultivated skin are indeed comparable with real skin," says Rolf Homke, spokesman for the German Association of Research-based Pharmaceutical Companies. "I do think it might take a few years to get up and running though. There are complicated international safety standards -- these procedures can't just be changed overnight."

One ethical problem in all of this? These harvested foreskins belong to babies and toddlers who are not yet able to consent to the organ's amputation from their own bodies. The Skin Factory uses foreskin only from newborn baby boys up to four years of age, and the goal is to gather as many infant foreskins as possible. "The older the foreskin is, the worse it performs," says Traube. And this foreskin (the prepuce organ) is one that all mammals are born with, male and female alike. It is on the human body for a purpose - it serves many important developmental, immunological, and sexual functions. Just as the foreskin is valuable to researchers when amputated from babies and toddlers, it is of even more value when it remains on the body to which it belongs. 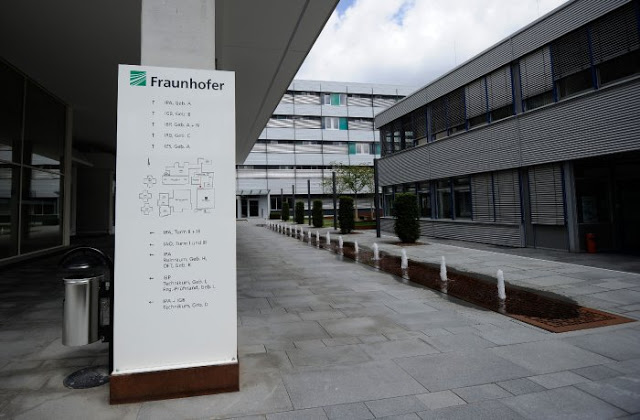