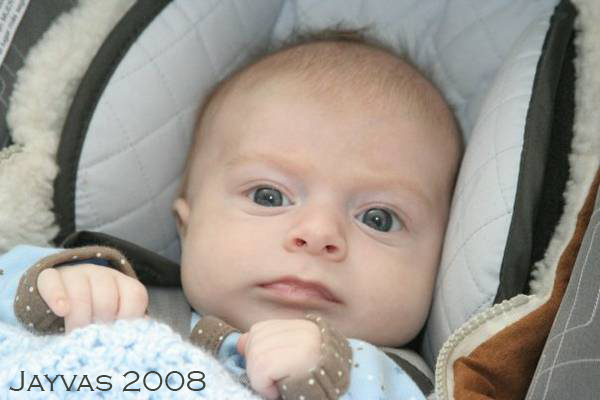 • Jayvas was born naturally on November 15th 2008, a very healthy baby boy. He was full term.

• On 11-28-2008 he was circumcised by Dr. Beth Martin of Coeur d'Alene Pediatrics. While in the office he bled excessively. It took about fifteen minutes of constant pressure to the sight to get Jayvas to stop bleeding. He was sent home from the doctor's office with instruction to have his blood checked the following week as it was a Friday. Dr. Beth Martin thought he may have a bleeding disorder because of the excessive bleeding, but did not think it needed to be checked until the following week.

• When home and beginning to change his diaper, about an hour and half after leaving doctor's office, he was again bleeding.

• Jayvas was taken to Kootenai emergency room, where he saw Dr. Henry Amon Jr. When Jayvas arrived his diaper was full of blood. Dr. Amon examined Jayvas and said that it is normal for babies to bleed after they have been circumcised. He said there was nothing he could do - that Jayvas was not 'bleeding enough.' He was told about the visit with Dr. Martin and that she thought Jayvas may have a bleeding disorder. He ordered for Jayvas' blood to be drawn. While at the hospital, Jayvas filled two diapers with blood. Dr. Amon saw the diapers and again said it was normal. Jayvas was sent home after Dr. Amon said that there was nothing that could be done and that it was completely normal.

• Jayvas was taken home where he continued to bleed.

• He was rushed backed back to the emergency room a couple hours later, with blood soaked through his diaper and onto his clothes. He was lethargic and very pale. Jayvas was examined by Dr. Jeffrey Zurosky. Dr. Zurosky immediately put SurgiSeal on the circumcision site. The bleeding stopped immediately. Dr. Zurosky contacted Dr. Neff from CDA pediatrics to find out what treatment he would like done with Jayvas. Dr. Terrence Neff said to give Jayvas a vitamin K shot and ordered more blood tests to be done and wanted to see Jayvas the following morning. Dr. Neff said that Jayvas did not need a blood transfusion. 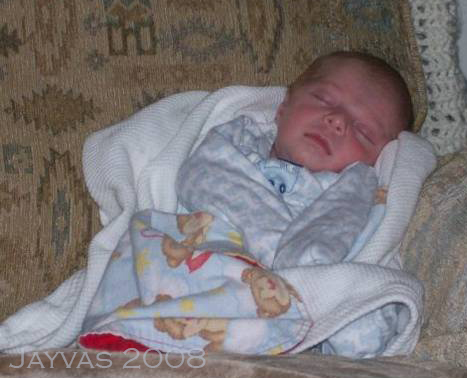 • The following morning, Saturday, Jayvas was seen by Dr. Terrence Neff at CDA Pediatrics. He said that Jayvas lost over 30 percent of his blood. He was still waiting for the results of the blood tests. He again said Jayvas did not need a blood transfusion, and that he would replace the blood volume on his own. He said he wanted Jayvas to take an iron supplement, and that he would recheck him on Monday.

• Jayvas' blood tests came back. Jayvas did not have any kind of bleeding disorders, yet he bled excessively from the circumcision that was performed by Dr. Beth Martin of Coeur d'Alene Pediatrics.

• On Christmas night Jayvas began coughing a little bit. He also had a very small amount of blood under his nose and in his mouth. It was thought to come from his nose.

• Jayvas was seen by Dr. Terrence Neff on the 26th of December for the cough. Dr. Neff admitted Jayvas to Kootenai Hospital for pneumonia.

• When Jayvas arrived at the hospital he was breathing just over 100 breaths a minute. It was ordered for him to be put on oxygen and they started antibiotics for the pneumonia. His breathing rate immediately slowed when he was given oxygen. He stayed on the oxygen until the 29th. He was taken off the antibiotics after it was discovered Jayvas did not have bacterial pneumonia. When Jayvas' blood was checked, his blood count was still low. Jayvas stayed at the hospital until the 30th of December when Dr. Neff discharged him. Dr. Neff said there was nothing more they could do and that Jayvas would continue to get better at home. Jayvas still had a cough and a low blood count.

• The evening Jayvas was discharged he began taking longer pauses in his breathing followed by a few fast breaths. Jayvas was taken back to Kootenai hospital. While on the way, CDA Pediatrics was called to see if he could be brought back to the pediatrics unit without going through emergency. Dr. Beth Martin advised that Jayvas was fine. She said Jayvas just got out of the hospital - he had to be okay after just being released. She said that it probably seems worse than it really is from parents being paranoid from the hospital stay. She said that she would see Jayvas at the office if he was still having problems in the morning.

• Jayvas was taken to see Dr. Beth Martin at CDA Pediatrics on December 31st. She examined Jayvas and said he was doing good. Jayvas was still breathing fast with longer pauses. He was also making grunting noises while breathing. Dr. Martin agreed to monitor Jayvas' oxygen stats for twenty minutes. During this time Dr. Martin was never in the room, she had the nurse come in a couple times to read the monitor. The nurse noted that Jayvas was making "funny" noises while breathing. Jayvas' oxygen readings ranged from the mid-eighties to the mid-nineties. Dr. Martin came back into the room after twenty minutes. Dr. Martin said that his oxygen saturation was fine and that he was doing good. She said Jayvas did not need to be seen until his next well baby exam. Dr. Martin then agreed that she would check Jayvas' weight, but if he had not lost any weight that there would be nothing she could do. Jayvas had not lost any weight since at the hospital, nor had he gained any. Dr. Martin said there was nothing more she could do and that Jayvas was doing well.

• About an hour after leaving Dr. Martin's office Jayvas began making even more grunting noises and was breathing even faster. Jayvas was taken to see Dr. Terrence Neff at CDA pediatrics. While bringing Jayvas into the office blood was noticed in his mouth. Jayvas was brought in emergently without an appointment. Dr. Neff saw Jayvas. Dr. Neff saw the blood in Jayvas' mouth. Dr. Neff noted that Jayvas was breathing ninety breaths per minute. Dr. Neff noted that Jayvas was making grunting noises while breathing. Dr. Neff said Jayvas was back to the same condition as he was when he was admitted to Kootenai Hospital. Dr. Neff said he did not know what was wrong with Jayvas. Dr. Neff went and made a phone call and came back to the room, saying he did not know what was wrong with Jayvas. Dr. Neff said that he wanted Jayvas to be admitted and seen by a specialist in Spokane at Sacred Heart Children's Hospital. Dr. Neff said to drive Jayvas to the hospital. When asked about having Jayvas transported by ambulance Dr. Neff said it was not necessary, that he would be fine if he was driven there in a private car. When asked about the blood present, he could not explain where it came from or why he would have blood in his mouth. Dr. Neff was asked again if he was sure it was okay for Jayvas to be driven by private car to Spokane in the condition that Jayvas was in. Dr. Terrence Neff of Coeur d'Alene Pediatrics chuckled and again said yes, 'as long as you don't stop for burgers and shakes along the way' Jayvas will be fine.

• Jayvas was transported by private car to Spokane, WA from Coeur d'Alene, ID on December 31st, 2008. This was one of the worst winters, with record breaking amounts of snow for the Coeur d'Alene/Spokane area. While in route to Sacred Heart, Jayvas went into full cardiac arrest. Jayvas was taken to the closest emergency room. When Jayvas arrived there he was not breathing and had no pulse. The emergency doctors worked on Jayvas for over 20 minutes before getting his heart to begin beating again. Jayvas was placed on full life support and transported to Sacred Heart Children's Hospital. 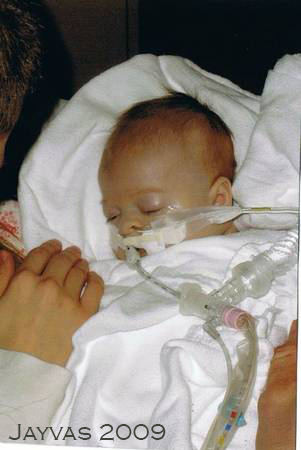 • Dr. Neff has said that he considered Jayvas to be stable when he saw him. Jayvas was breathing at 90 breaths a minute, grunting noises, oxygen saturation in the low 90s, with blood noted and visible in his mouth from no obvious source, pale in color, and had a low hemoglobin count when Dr. Neff saw him. Dr. Neff was asked if he could go back and do anything differently knowing now that Jayvas went into cardiac arrest while in transport in a private car via his instruction, would he do anything differently? Dr. Neff said even knowing the outcome he would not have changed a single thing that was done when he saw Jayvas. He still would have advised to drive Jayvas in a private car.

This little one's story was flagged by readers and removed from CraigsList on 6.20.13. It is shared here so that his suffering and loss are not in vain. Please, research thoroughly before your son's arrival.

Related reading and resources at Death From Circumcision.

Are You Fully Informed? The Pros and Cons of Infant Circumcision