Welcome to Shark Week - #i2 Style! 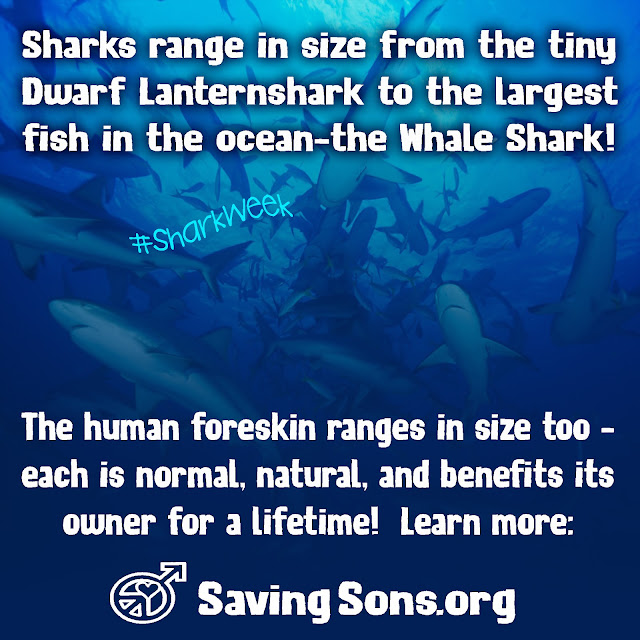 Sharks range in size from the tiny Dwarf Lanternshark to the largest fish in the ocean - the Whale Shark! The human foreskin ranges in size too - and each is normal, natural, and benefits its owner for a lifetime. Find more fantastic functions of the foreskin here. 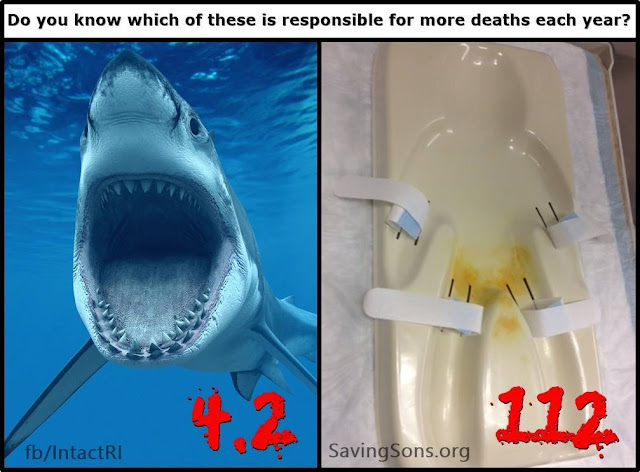 
Sharks or unnecessary infant genital cutting: Do you know which of these is responsible for more deaths? Each year, one claims the lives of 4.2 people worldwide, while the other claims the lives of 117+ babies in the United States alone. One is a tragic accident; the other is completely avoidable.

Shark Attacks: "Over the past five years (2006-2010), an average of 4.2 fatal shark attacks have taken place each year world-wide. Between 2006 and 2010, a total of 179 shark attacks occurred in the U.S., resulting in three fatalities."  Source: http://oceana.org/en/our-work/protect-marine-wildlife/sharks/learn-act/shark-attack-statistics

Routine Infant Circumcision: "U.S. statistical analysis studies conducted on death from circumcision are drastically under-reported because hospitals are not required to log death due to genital cutting surgery. Genital amputation (circumcision) that causes heart attack, hemorrhage, coma, seizure, stroke, or infection may be coded inappropriately as 'SIDS' or 'heart failure' or 'seizure,' for example, but not specifically due to the bodily trauma experienced as a result of circumcision. Still, these studies have found approximately 230 baby boys die each year in the U.S. as a result of circumcision surgery. (1) Another study published last week found at least 117 boys die annually from circumcision surgery as it is reported by hospitals. (2) We're not alone in our estimation that there are likely at least twice as many deaths due to circumcision, because of our non-structured and easy-to-cover-up means of infant mortality reporting. But if we are only looking at research-based documentation, we find an average 174 boys die each year with the documented cause being circumcision surgery." Source: DrMomma.org/2010/05/death-from-circumcision.html

Remember, a baby only needs to lose 1 ounce of blood to hemorrhage, and just 2.3 ounces to die as a result of this blood loss. It can, and does, occur at a frighteningly quick pace. 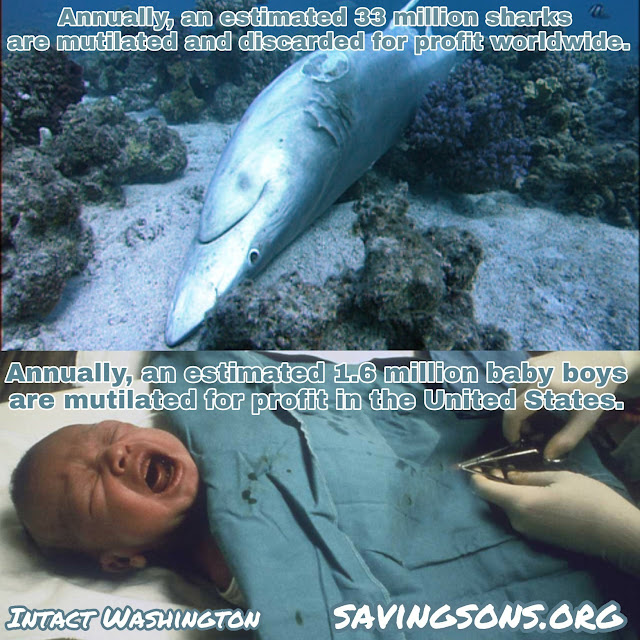 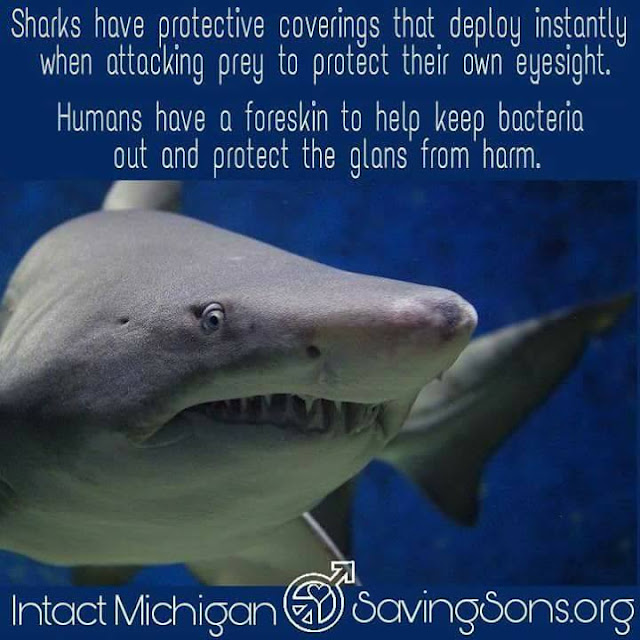 Did you know... sharks have protective coverings that deploy instantly when attacking prey to protect their eyes. Humans also have a protective covering - the foreskin! This organ is present on all mammals on earth at birth, and on humans has over 16 functions, including protection from bacteria, dryness, and callusing. 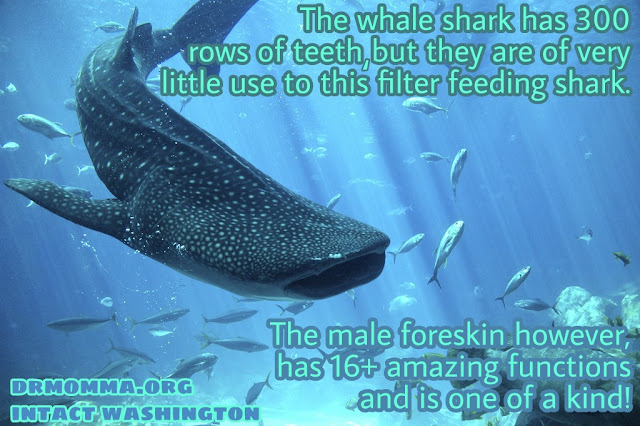 The whale shark has 300 rows of teeth, but they are of very little use to this filter feeding shark. The foreskin, on the other hand, has 16+ amazing functions, and is one of a kind! 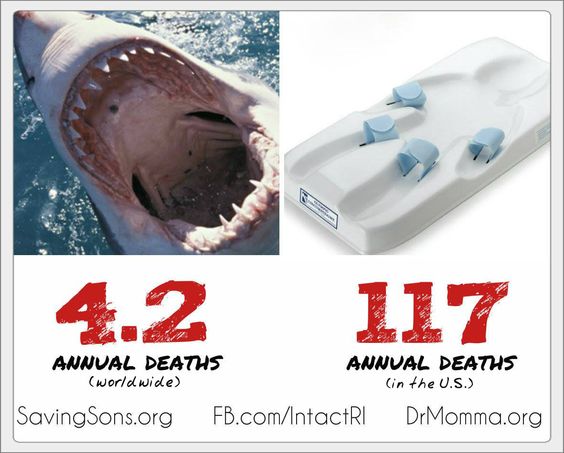