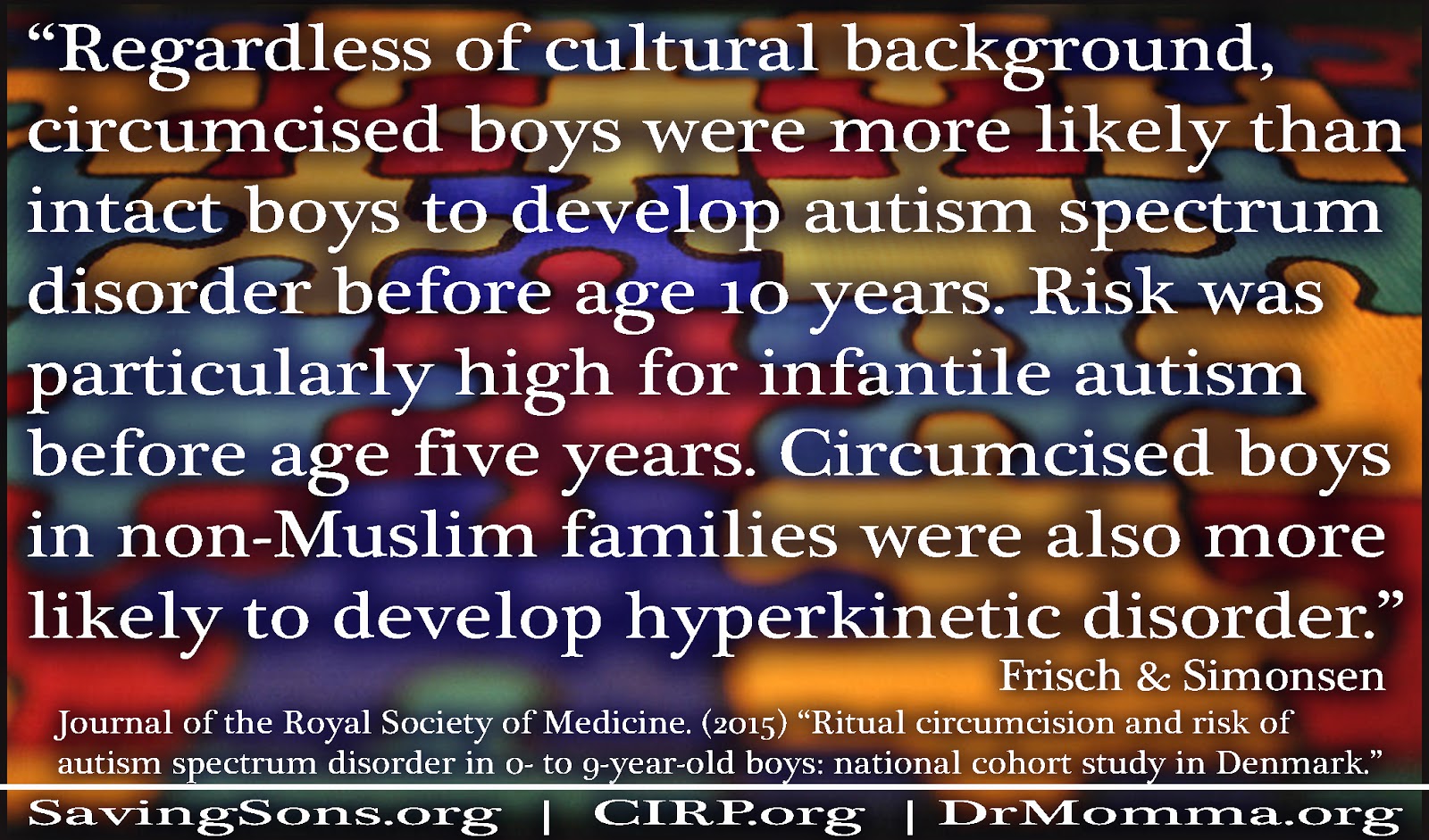 A new study has found that regardless of cultural background, circumcised boys are more likely than intact boys to develop autism spectrum disorder before the age of 10 years, with an especially higher risk factor for developing autism before the age of five. The same study (unexpectedly) found that circumcised boys from non-Muslim families are also more likely to develop hyperkinetic disorder (hyperactivity, ADHD and neurological disturbances).

Researchers hypothesize that the extreme pain of genital cutting an infant endures during (and following) circumcision may impact the brain and the way that the body responds to stress. Previous observations have suggested PTSD (post-traumatic stress disorder) is widespread among infants circumcised at birth (with higher rates of 'colic' and reflux, failure to thrive, increased difficulty breastfeeding, agitation, fussiness, withdrawal) and that the brain is permanently impacted.

Objective: Based on converging observations in animal, clinical and ecological studies, we hypothesised a possible impact of ritual circumcision on the subsequent risk of autism spectrum disorder (ASD) in young boys.

Conclusions: We confirmed our hypothesis that boys who undergo ritual circumcision may run a greater risk of developing ASD. This finding, and the unexpected observa- tion of an increased risk of hyperactivity disorder among circumcised boys in non-Muslim families, need attention, particularly because data limitations most likely rendered our HR estimates conservative. Considering the wide- spread practice of non-therapeutic circumcision in infancy and childhood around the world, confirmatory studies should be given priority.

American Association for the Advancement of Science: http://www.eurekalert.org/pub_releases/2015-01/sp-rcl010815.php

New to the subject of circumcision and the benefits of the foreskin? Find more information at: http://www.savingsons.org/2014/12/should-i-circumcise-pros-and-cons-of.html