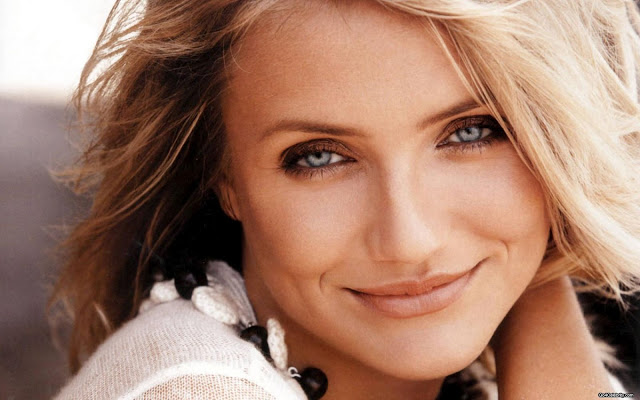 Today on Late Night with Jimmy Fallon, Cameron Diaz got quickly to the heart of things as she's been doing in all her interviews lately when she turned to the audience and said, "Can we just talk about circumcision for a second?" And continued, "Gentlemen, are you comfortable with circumcision? Are you comfortable talking about that?" With Fallon chuckling in the background and an audience making light of a subject many likely know very little about, Diaz said, "It's funny how many men actually want circumcision for their children... I would think that men would be like, 'No - don't touch it. Leave it alone.' But apparently many men are not comfortable with foreskin..." And Diaz may just be out to change that.

In the new film, What to Expect When You're Expecting, Diaz and co-star, Matthew Morrison, play a couple who venture through many new territories as they move toward parenthood. One of the subjects that comes up - and one which their characters, Jules and Evan don't see eye to eye on at first - is circumcision. Evan is Jewish, but after diving into research on the subject, Jules learns more and more just how unnecessary and barbaric infant genital cutting is.

What to Expect originally included a detailed description of just how infant circumcision happens in North America. This description of circumcision (essentially the same no matter if surgical amputation is done via Plastibell or Gomco clamp) landed on the cutting room floor.

Cameron explained in a CafeMom interview:


We knew [people were skittish] when they made us cut out a bunch about circumcision. To get a PG-13 rating we had to cut out the actual description of circumcision. So apparently it is very uncomfortable for people to hear how it works -- when you have to clamp on the foreskin, pull it over [the glans], and then slice it off. That is apparently really uncomfortable for people to hear. But I think it is important to know. America is the same way about their beef - they just want it delivered in a styrofoam package with saran wrap over it. They don't want to know how it got to you. Same thing with circumcision...

The shocker in this is not that Americans remain ignorant to the realities of circumcision, or even that this big film chance to educate the masses on infant genital cutting was passed up. Rather, it is that describing such truths would earn the film an "R" rating, while at the same time we continue to subject the most innocent of our little ones to such horrors each day...

We DO it. We just don't talk about it.

How many perfect, healthy newborn baby boys will be cut this coming Friday on the day What to Expect is released in theaters? How many of those babies will face one of the many negative consequences of circumcision? How many of their parents will regretfully find this information too late - because no one was willing to share with them? How many American boys will have their bodies permanently altered, and experience a life-long change in function? How many of those boys will grow to be men who would have liked to have their whole penis?

Who is going to speak up?

Question circumcision. Research genital cutting. Being fully informed will never hurt you... but it may just benefit your children.

Diaz TODAY Interview (includes circumcision clip from What to Expect):


Books, websites and articles on circumcision and intact care at: Are You Fully Informed? 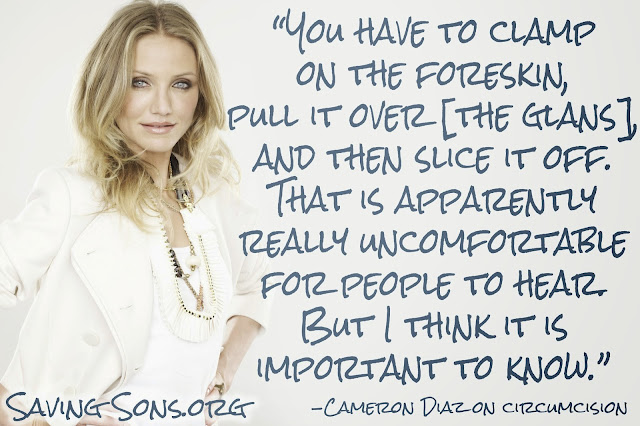