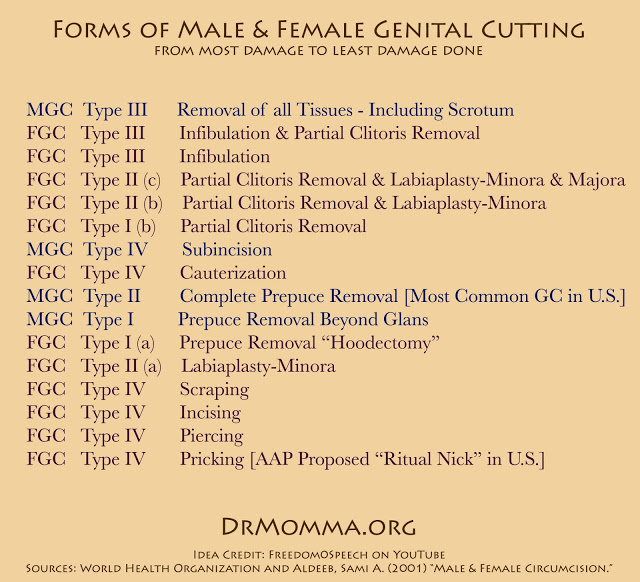 We have taken a visual glance at the basic human response to genital cutting by little ones who are forced to endure the assault of FGC or MGC.

We have reviewed a very brief history of female genital cutting in the United States - a procedure recommended by renowned medical journals through the 1960s, and one which was only recently banned under federal law on March 30, 1997.

We have recognized that the federal female genital cutting laws, in combination with the 14th Amendment to the Constitution, render the unnecessary genital cutting of minor male babies and children illegal as well. Boys born after March 30, 1997, will have an easier time suing and winning against those who cut or amputated parts of their genitals when they were minors and unable to defend themselves. Beginning on March 30th, 2015, these boys will turn 18 years of age (legal adults able to press charges in the U.S. court system), and have attorneys specializing in human rights ready and willing to support them, should they elect to take legal action in what was done to them.

Section 1 of the Constitutional Amendment XIV reads (bold mine):

The Universal Declaration of Human Rights, adopted in December, 1948, by members of the United Nations declares in Articles 2 and 5:

Everyone is entitled to all the rights and freedoms set forth in this Declaration, without distinction of any kind, such as race, colour, sex, language, religion, political or other opinion, national or social origin, property, birth or other status. Furthermore, no distinction shall be made on the basis of the political, jurisdictional or international status of the country or territory to which a person belongs, whether it be independent, trust, non-self-governing or under any other limitation of sovereignty.

No one shall be subjected to torture or to cruel, inhuman, or degrading treatment or punishment.

In this video, Freedom of Speech discusses the various forms of FGC and MGC, and highlights the fact that sex-based discrimination under law, or in argument, is both futile and illogical. 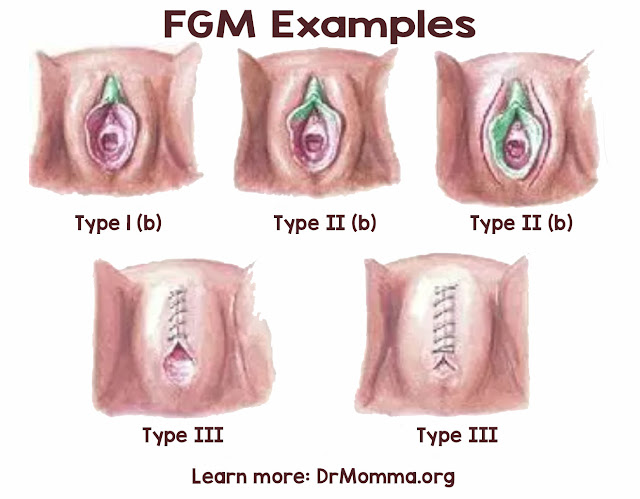 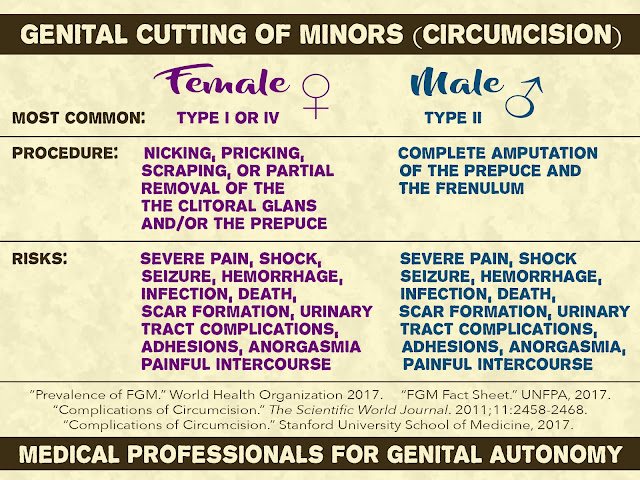