A parody of routine infant circumcision and its supposed "benefits."
By Joseph Lewis © 2010
Read more from Lewis at Joseph4GI

CLEANLINESS
Toenails are a pain to keep clean. They accumulate dirt, and they take time to trim. If not properly washed, toe jam can develop between the toes and the foot will give off an unpleasant odor.

TOES ARE PRONE TO DISEASE
The spaces between the toes are the perfect place to harbor bacteria that cause infection. Athlete's foot is such a problem in North America today that there is an entire industry based on foot hygiene products. 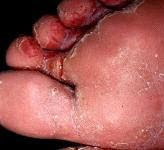 
The fungus that can and does grow underneath the toenails takes so long to get rid of. Fungal treatments like Lamisil and Lotrimin make a killing of money off of people with fungal problems. 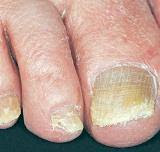 
MAY REQUIRE SURGERY LATER ON
When toenails become ingrown, they sometimes require medical intervention. I know quite a few guys that had to have part of their nail root killed because they had recurring ingrown toenails.


MAY REQUIRE AMPUTATION IN ADULTHOOD
If your family has a history of diabetes, you may wish to consider removing your children's toes. If your child gets diabetes, s/he may develop a condition called "hammertoe," where poor blood circulation causes the toes to become necrotic, becoming a gangrene hazard, not only for the toes themselves, but for the rest of the foot. It is such a common incident, and there is a danger that the wound(s) may not heal correctly, causing the entire foot to be gangrenous. I know of a few cases where the wounds did not heal, and the gangrene kept spreading. The patients had to undergo surgery after surgery, until the gangrene had left them with a stump up to their thigh. Some patients simply died in recovery.


CONSIDER YOUR CHILD'S ELDERLY CARETAKER
Caretakers for the elderly already have to deal with so much. They have to feed and wash old people, and sometimes, if the men are intact, they have to (gulp) pull back the foreskin and rinse! On top of that, they have to take care of their patients' feet. This means washing them, clipping their toenails (that never stop growing) and making sure there is no gunk between the toes or fungus under the nail beds. It would make elderly caretakers' jobs SO much easier if their patients simply didn't have any toes.

HEALTH RISK
Babies' toes pose a specific health risk for a very common condition known as "hair tourniquet." A parent's hair wraps around the baby's toe, quickly cutting off circulation. If the condition becomes severe, the baby must be taken to the ER and have the hair removed immediately. Occasionally, the toe is lost. Clearly, parents may see that cutting off a child's toes is in the child's best interest. If parents can demand a doctor circumcise their son, then it only follows that they should be able to demand a doctor remove their child's toes.


And, because a parent believes it is for the best, a physician has the duty to oblige. Why, if it's done as baby, s/he won't remember it!

If they use enough anesthesia, the child will not even feel the pain.

Having your toes removed as an adult is simply no fun.

Especially if diabetes runs in the family, physicians should advise parents to cut off their babies' toes. After all, they may need to have them removed later in life anyway.

My girlfriend's cousin's boyfriend's aunt's baby had to have a toe removed because of a hair tourniquet. If I ever have a baby, I'm surely going to have his toes removed.

Lewis' End Note: I've already received responses that this is simply a hilarious parody. But to be clear, the humor was not intended at all. It sounds humorous doesn't it? These are actual, serious arguments used by people who defend circumcision. Use them with anything else, and the absurdity is obvious. 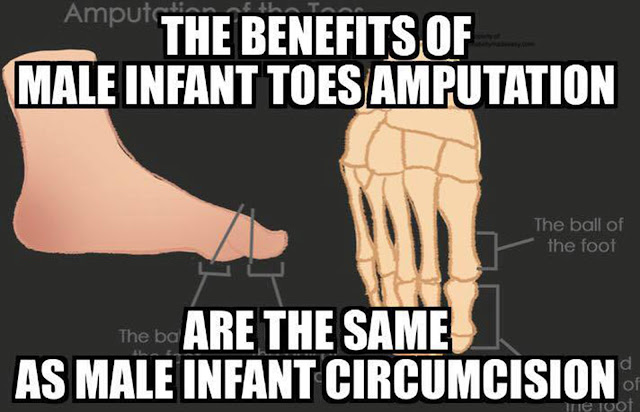 New to the topic? Learn more: Should I Circumcise? The pros and cons 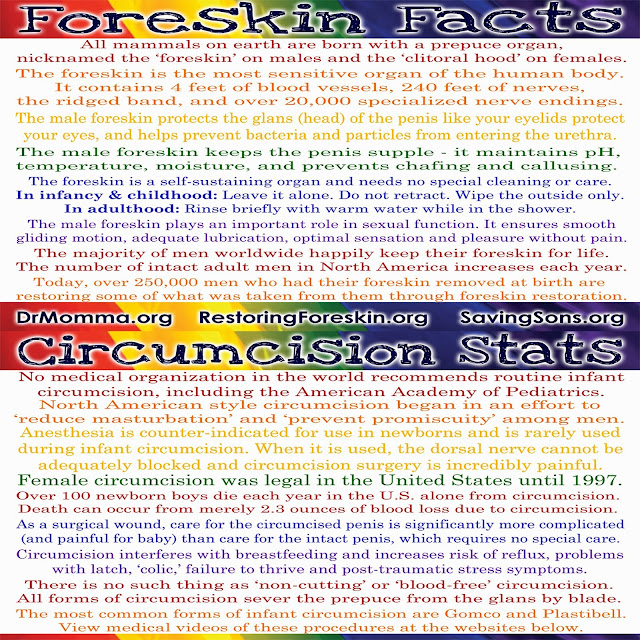